It’s not that I haven’t been cooking. It’s just that I had a crazy Summer. And now Fall. I have lots of recipes to post, but there’s no telling when they’ll all make it on. For now, here’s a tasty, super simple chicken dish! With no picture. From my latest library cookbook Saving Dinner.

Season chicken with salt and pepper. In a skillet, melt half the butter over med-hi heat and cook chicken till browned on both sides. Remove chicken from skillet and keep warm.
In the same skillet, add the rest of the butter and cook the onion till translucent. Stir in broth with a whisk, making sure to whisk the yummy browned bits off the bottom of the pan. Add half & half, mustard, and maple syrup. Bring to a low simmer and cook till thickened slightly, about 5 minutes. Pour over chicken and serve.

*My chicken breasts tend to come large, so I always use half of what’s called for, and then cut them in half. Seems to always be just right for the amount of sauce.

Becky is a mom to 4 kiddos and wife to an awesome guy. She's a food fanatic and loves creating and improving recipes. Bread is her weakness and delicious food is her passion! 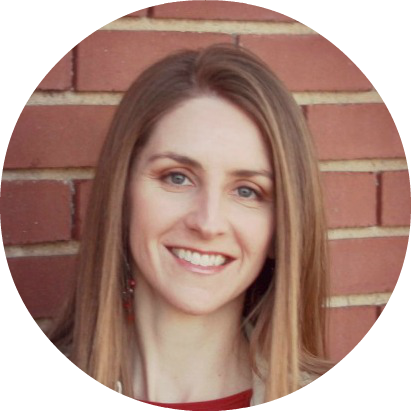 Welcome to Bite of Delight, where I share all of my favorite recipes, tips & tricks for kitchen success. I'm a mom of 4, runner & reader, but you'll usually find me elbow-deep in a new recipe!