We talked about getting a dutch oven for a long time.  Since it finally decided to be summer this week, it was the perfect time to start cooking outdoors!  And our friends next door just got one and had us over for some apple crisp…so I bought a dutch oven yesterday!  I took it home and busted out my volcano stove (that I bought a couple of years ago and had never used), and I made a delicious dinner!  I know it’s easy to burn food in a dutch oven, so I was worried that I would ruin dinner, but it turned out awesome.  If I do say so myself.  Modified this recipe to fit our family.

Heat the oil  in a dutch oven over a full spread of coals.  Add the chicken to the pot and brown on both sides until almost cooked through.  Remove from the pot and keep warm.  Wipe out the pot with paper towels to remove any excess oil.  Pour pasta sauce in the bottom of the pot and then place the chicken in the sauce.  Sprinkle with cheeses.  Cover and bake at 350° for about 30 minutes, or until the sauce is bubbly and the cheese is melted.  Use 1 1/2 rings on top and 1 ring on the bottom.  Serve over hot cooked pasta.  Serves 4.


*Okay, so I didn’t do it exactly the way they did it.  With three small kids running around, I cooked the chicken inside on the stove so I didn’t have them climbing all over me next to a hot dutch oven.  I browned my chicken, and then added it to my pasta sauce that I already had warming over the coals.  And then it was done in 10 or 15 minutes…didn’t take the full 30.  I’m sure it was because I used my volcano stove, which requires less fuel.  I just wish they would give a ballpark as to how much less!  It will take some experimenting.  However, I thought full coals and less time worked well for this recipe, the chicken was perfect!  Tender, juicy, delicious!

Becky is a mom to 4 kiddos and wife to an awesome guy. She's a food fanatic and loves creating and improving recipes. Bread is her weakness and delicious food is her passion!

Welcome to Bite of Delight, where I share all of my favorite recipes, tips & tricks for kitchen success. I'm a mom of 4, runner & reader, but you'll usually find me elbow-deep in a new recipe! 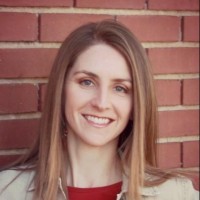